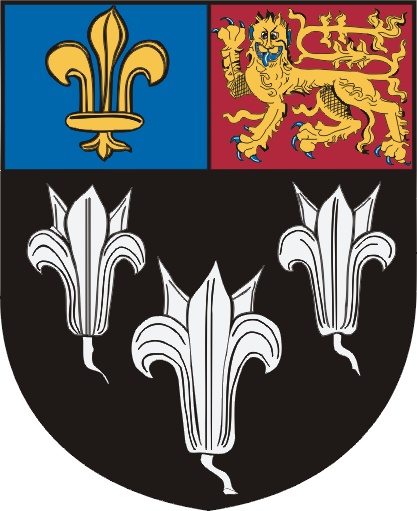 Britain has had 54 Prime Ministers. Tomorrow, it gets its 55th, and the 20th to have passed through the hallowed portals of The King’s College of Our Lady of Eton beside Windsor (though only the second to have been one of the ‘tugs’ – the gens togata or ‘gowned ones’, as the school’s intellectual elite, the King’s Scholars, are known). What can we expect from Boris Johnson? Will he save Britain from its current political chaos, or will he lead it further into the abyss? I can’t say that I know the answers, and my mind is somewhat divided. I can’t help but like and admire the guy. At the same time, I can’t help but wonder if he’s really who one wants to run one’s country. A few memories help to explain why.

Boris combines brilliance and eccentricity in equal measure, as I witnessed in about 1986 when I stumbled across him one day in the Gladstone Room of the Oxford Union hosting a group of visitors from the Netherlands. Boris was clearly at a loss as to what to do with the Dutch, but on seeing me he summoned me over and launched into a hymn of praise to Eton’s founder, King Henry VI:

Now, I’ll admit that I have a soft spot for good King Henry to whom I indirectly owe great deal, but goodness only knows what the Dutch thought of it all. In its way, though, it was classic Boris – extemporization taking the place of preparation, entertainment substituting for substance, and yet somehow it all coming together to get him off the hook and bluff his way through the day.

The question which now arises is whether this approach will suffice to get him the mess of Brexit, a mess for which he himself is largely to blame. There’s a tendency to regard Boris as a buffoon. This is a mistake. He’s super-smart. He’s also flexible, and is willing to listen to alternative points of view. And this brings me to a second Boris memory:

Back in December 2002, when I was a Lecturer at the University of Hull, my phone rang and it turned out to Boris Johnson, then editor of The Spectator. He’d heard of a pamphlet which my mother and I had written about the proposed constitution for the European Union. Would I write an article about it for The Spectator, he asked. Sure, I said, whereupon the conversation switched to other matters, including the impending invasion of Iraq. All that guff about WMD was a load of nonsense, I told him; there was absolutely no reason to attack Iraq. Interesting, Boris replied, ‘forget the article about the EU, write me a piece saying all that.’ And so I did. Dare I say it, I think it was pretty good. The article came out in the Christmas edition of 2002 and ended up as the first of about 20 pieces I did for the Speccie. The thing about this is that Boris supported the war. Yet he commissioned and published an article saying it was stupid. This was fairly typical of his tenure as editor: a wide range of opinions were encouraged. Alas, once Boris left the magazine a more rigid orthodoxy took over and those like me who thought in the wrong way found ourselves on the street.

So, on the plus side, Britain’s new Prime Minister is no ideologue. This is a major point in his favour. I do worry about his judgement, however. Take the case of Iraq. It’s not like he wasn’t warned that all that WMD stuff was rot. In fact, he later admitted that he didn’t believe it. But he said that he voted for the war anyway because Saddam was a bad man and deserved to be removed. And that perhaps reveals something else about him: for all his intelligence, he comes across as much more a man of emotion than reason, wrapped up in myths of Britain as the historical home of freedom and democracy, and of British greatness which can only be sustained by asserting the country’s sovereignty and throwing its weight around.

Which brings me on to my third Boris memory. It’s a little hazy, but I remember going down to Eton one weekend from Oxford to play in a scratch Wall Game team with, among others, Boris Johnson. If my memory serves me correctly, Boris and I got changed in the room of the Captain of the School, after which my head got thoroughly pummelled in during the game. From outside, it looks like nothing’s happening in the wall game. Inside, it’s extremely violent. Anyway, the big game of the year takes place each St Andrew’s Day, when the College team (drawn from the 70 King’s Scholars for whom the school was founded, and who make up the ‘College’) takes on the ‘Oppidan’ team (drawn from the rest of the school). Legend has it that one St Andrew’s day in the late nineteenth century, the College team failed to turn up on time, with the exception of one player, James Kenneth Stephen, who managed singlehandedly to hold off the Oppidans until his colleagues eventually arrived. In his memory, every year at the dinner held in the College Hall on St Andrew’s Day, the members of the College team individually drink a toast: ‘In piam memoriam JKS’.

Part of me wonders if this isn’t how Britain’s new Prime Minister sees himself – a modern day JKS, singlehandedly holding off the enemy to deliver Brexit and save both Britain and the Conservative Party. It’s no coincidence, I think, that Boris once chose to write a biography of Winston Churchill. It’s the same sort of mythology – the lone genius who rides to the rescue. Whatever else you may say about Boris, you can’t accuse him of lack of ambition.

It didn’t end well for JKS, who some suspect (almost certainly incorrectly) of being Jack the Ripper. He suffered from bipolar disorder, and after hitting his head in an accident went steadily crazier. He ended up in a mental hospital where he wrote a couple of volumes of well-received poetry before starving himself to death.

It didn’t end well for Henry VI either. He also went mad. Imprisoned by the usurper Edward IV, he too turned to poetry, and penned a few lines of warning for those seeking fame and power.

Kingdoms are but cares
State is devoid of stay,
Riches are ready snares,
And hasten to decay
Pleasure is a privy prick
Which vice doth still provoke;
Pomps, imprompt; and fame, a flame;
Power, a smoldering smoke.
Who meanth to remove the rock
Owst of the slimy mud
Shall mire himself, and hardly scape
The swelling of the flood.

As he seeks to remove the rock of Britain out of the slimy mud of Brexit, will Boris Johnson mire himself in? Will the swelling of the flood then sweep him away? Or will he somehow extemporize his way through it? I do not know. But whatever happens, I’m sure it will be entertaining.