In keeping with the theme of strategy, and as Russia has produced many of the world’s greatest chess masters, this week’s object is a chess set. It is set up to show the Charles XII chess problem. This situation supposedly occurred in a game between King Charles XII of Sweden and his minister Christian Albert Grosthusen, undertaken while Charles was besieged by the Ottoman Army at Bender in 1713, having fled there after his defeat at the hands of Peter the Great at Poltava in 1709.

Supposedly, on viewing the situation, Charles (playing white – blue in this set) told Grosthusen that it was mate in three moves.

No sooner had he said this than an Ottoman bullet shattered the knight on E1. But Charles was not perturbed. It was now mate in four, he told Grosthusen. 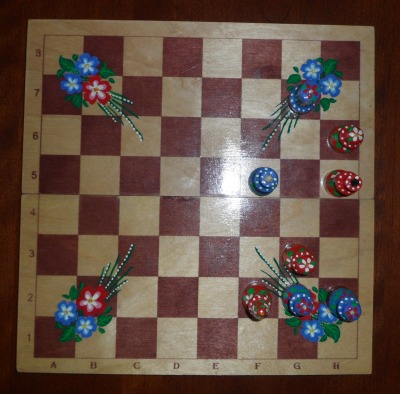 This, however, was not Charles’ lucky day. For then, another bullet struck the pawn at H2. Again, though, the king was not bothered. It was now, he announced, mate in five. 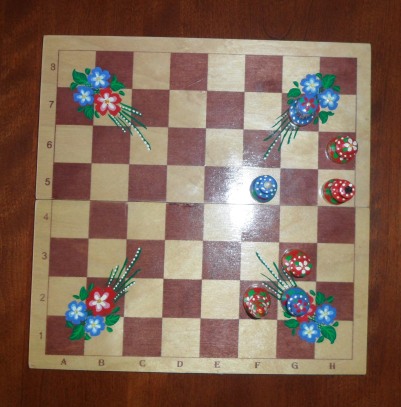 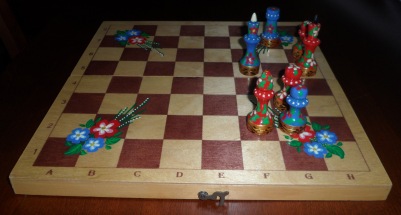 Post your solutions to the three puzzles in the comments section.